3-D Life Hydrogels are made of two polymeric components

As an example 3-D Life Mal-Dextran containing maleimide groups and 3-D Life PEG-Link containing thiol groups were mixed together, so that after mixing both reactive groups were at a final concentration of 3 mmol/L. Within one minute after mixing a hydrogel forms which can be seen by the increasing elastic component of the shear modulus of the material. (Figure 1). In contrast, the viscous component of the shear modulus remains low, below 10 Pascal (Pa), indicating the formation of a highly elastic hydrogel with only a small viscous share. 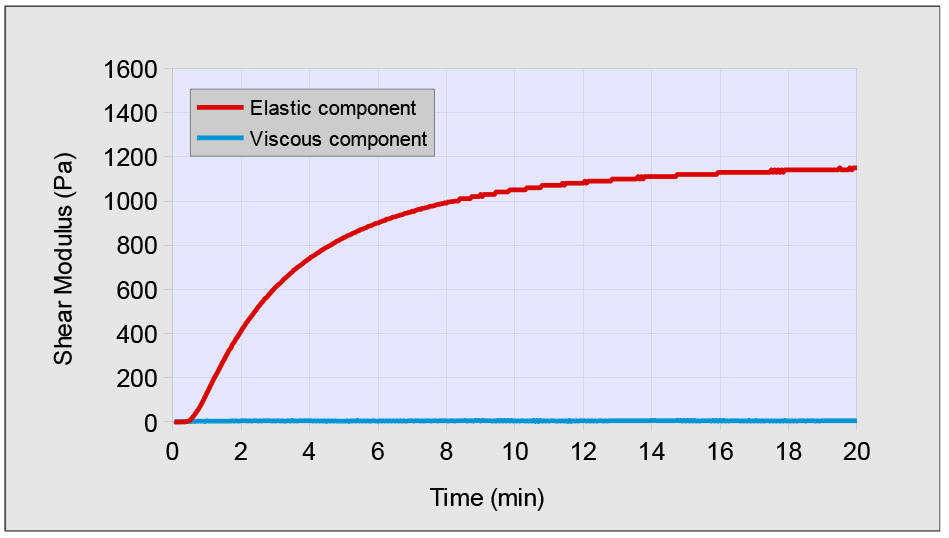 Figure 1: Formation of Hydrogel after mixing of Mal-Dextran and PEG-Link at a final concentration of 3 mmol/L maleimide groups and 3 mmol/L thiol groups

3-D Life Hydrogels can be formed at a wide range of different gel strengths by varying the concentrations of the reactive groups. This can easily be accomplished by mixing different amounts of the polymer components, since each polymer stock component is labelled with its concentration of reative groups.

Soft hydrogels with an elastic shear modulus of 20-40 Pa can be generated by mixing the polymer components at a final concentration of each reactive group of 1.5 mmol/L. Hydrogels with an elastic shear modulus of up to 4000-6000 Pa can be obtained at higher concentrations of reactive groups (Figure 2). Below 4 mmol/L the dextran-based gels appear slightly stronger than the PVAbased gels. The CD-Link-based gels are slightly softer over the entire range of tested concentrations. Apparently, the peptide modification of CD-Link has an effect on the hydrogel structure. 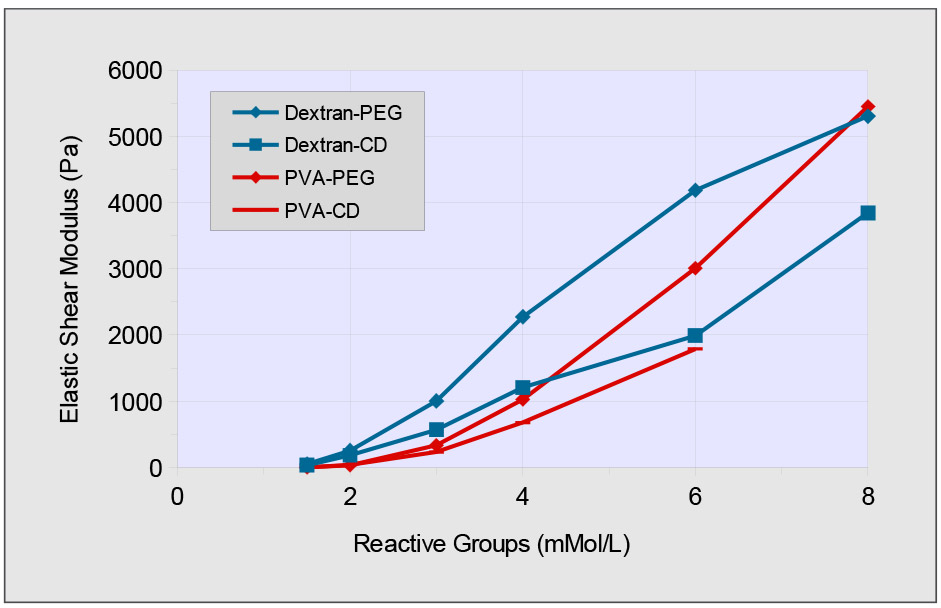 Figure 2: 3-D Life Hydrogel components Mal-Dextran and PEG-Link (Dextran-PEG), Mal-Dextran and CD-Link (Dextran-CD), Mal-PVA and PEG-Link (PVA-PEG) and Mal-PVA and CD-Link (PVA-CD), as indicated in the diagram, were mixed together at various final concentrations of reactive groups. The elastic shear modulus of each hydrogel was measured 20 min after the mixing of the polymer components. Each data point represents the average of three independent measurements

The shear moduli were measured at 23°C with a rotational Rheometer (Malvern Kinexus Pro). Hydrogel components were mixed at pH 5.5 as descibed in the 3-D Life User Guide.